Lindisfarne
​After travelling to Ireland, the centre of Celtic Christianity at that time, Chad returned to be made a priest. His brother Cedd founded a monastery at Lastingham, and after Cedd's death, Chad succeeded him at the abbot. Chad was afterwards made bishop of York. However, this was a time of controversy between the Celtic Church, and the growing influence of the Church of Rome. Because of this, those who were influenced by Rome had doubts about the validity of Chad's concecration as a bishop. The new Archbishop of Canterbury, Theodore of Tarsus asked Chad to step down.
​ 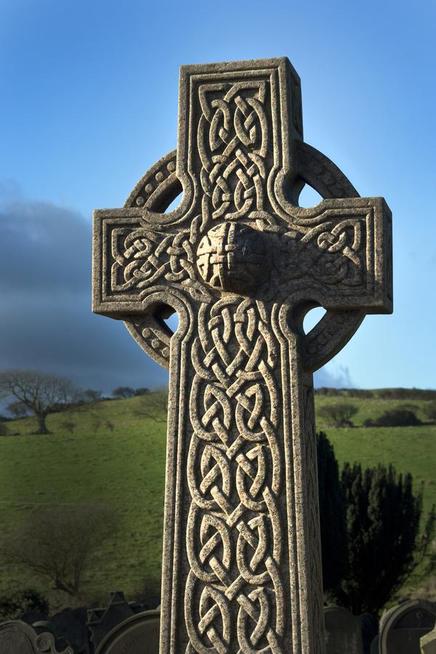 Chad, being a very humble man, complied, and returned to being the abbot at Lastingham. This so impressed Theodore that when the recently converted king of the kingdom of Mercia (the modern day Greater Midlands area), Wulfhere, asked for a bishop, Theodore sent them Chad. In 669, King Wulfhere donated some land in modern day Lichfield so that Chad could found a monastery there. He built a church, called St Mary's, and built a house nearby, which became a monastery which he lived in with seven or eight monks. He used the nearby spring as a place in which to baptise the local pagan population.

Chad's humility began to be known far and wide. He refused to ride a horse and instead walked everywhere; Archbishop Theodore even had to lift him onto the saddle himself! He would travel for miles, doing missionary and pastoral work. According to the historian Bede, one of his monks called Trumbert said that if a gale arose while Chad was reading the Scriptures or doing anything else, 'he would at once call upon God for mercy and pray him to show mercy on mankind. And if the wind increased in violence, he would close his book and prostrate himself on the ground, praying even more earnestly. But if there was a violent storm of wind and rain, or thunder and lightning startled earth and air, he would go to the church and devote all his thoughts to prayers and psalms continuously until the temper had passed.'

Tragically, in 672, after only three years in Lichfield, Chad caught the plague. However, as he lay dying, a monk called Owini could hear heavenly music coming from his cell. Chad said this was the music of the angels who were preparing him for heaven. After receiving holy communion, Chad died. In 700, his bones were moved to higher ground in an area that became Lichfield Cathedral. At the Reformation, his remains were removed from the Cathedral, and we are not sure where they are (although it is possible that they are in Birmingham's Roman Catholic Cathedral). You can find out more about Lichfield Cathedral below: